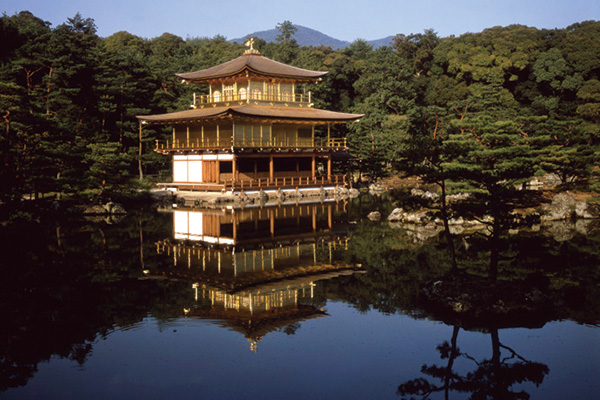 Kinkaku-ji Temple (the Temple of the Golden Pavilion) is a Shariden (Buddhist relic hall) that was originally built in 1397 by the third Ashikaga Shogun, Yoshimitsu, as a retirement villa, the Kitayama Sanso. The pavilion is clad partly in gold leaf, hence the name. Although the Kitayama Sanso was destroyed after Yoshimitsu’s death, some structures, including the pavilion were left. More than half of the precincts, which have an area of around 132,000㎡, is used as